Osi It Support And Repair Call Out Services

Be the first to review

Osi IT Support Call Out Services

Osi IT Support and Repair Call Out Services are a specialist IT Support and Repair business offering a vast range of IT Support and Computer Repair Services to both Home Users and Business Users a like. The services that we provide are wide and varied and include but not limited to Virus Removal, Data Recovery, Data Backup/Data Transfer, Hard Drive Speed Regain, CPU Speed Regain, Hard Drive Track Repair, Hard Drive Cylinder Repair Hard Drive Surface Error Repair, NETWORKING, Laptop and Desktop PC Repair, Mechanical Hard Drive Repair and RECOVERY. The services that we provide to our customers when they want their Laptops to be repaired are:
Overheating Laptops (When a Laptop switches itself off as soon as it's switched on this indicates that the graphics chip inside the laptop and needs to be removed with old solder balls removed and replaced with new solder balls. This procedure is quite unique as it requires very precise techniques using a re-balling machine such as the Jovey 8500 and Solder paste. To remove the GPU from the Laptop Motherboard involves placing the Motherboard into the Re-balling machichine, p;utting solder paste onto the GPU and and then using the Re-baling machine to heat the Chip so it comes away from the board – The way this is done by the re-balling machine is by brining down the metal heating instrument on to the GPU, pressing a button on the re-balling machine and allowing the machine to heat up the GPU and then raising the heating instrument upwards to remove the GPU thus allowing the GPU to be removed – Once the GPU has been removed old solder balls on the GPU are then removed and the GPU cleaned = After the GPU has been cleaned Solder paste is then applied to the GPU and using a GPU template new solder balls are then inserted onto the chip and once new Solder balls have been added to the GPU, the GPU is then re-positioned on to the Motherboard again and using the Re-balling machine is (making sure that the GPU has been re-aligned on to the motherboard) the heating instrument of the re-balling once against is used to heat the GPU so that the solder balls attach themselves to the GPU and motherboard - The GPU is heated up in this instance so that the new solder balls melt on to the GPU, thus re-reattaching itself to the motherboard – After the GPU has been replaced we then test the board for 72 hours.
Laptop Screen Replacement – Whatever has happened to the screen of your laptop weather it's been broken by accidentally stepping on your laptop or slamming the top cover down so hard as to close your laptop that you've accidentally smashed the screen, we can replace your laptop screen for you – First we order the screen with you then when it comes you call us straight away and then we comedown to your home or place of business and fit the laptop screen for you. This involves the Laptop Bezel (the black plastic frame surrounding the screen being removed by removing the small black caps found covering the screws holding the screen into place, then with a screen driver removing the screws holding the screen into place – After the first set of screws have been removed we then remove the screen bezel using a very small flathead screen driver and carefully sliding the small flathead screwdriver into the pressure points of the screen bezel, thus, removing the screen bezel that protects the frame of the screen – Next, using a think small flathead screwdriver we then gently insert the screwdriver between the screen and laptop cover and then gently bring the laptop screen forward – Once the laptop screen has been brought forward we then remove the side screws holding the laptop screen in place and then lift out the laptop screen afterwards – As soon as the laptop screen has been removed we then replace the laptop screen with a new screen by attaching the original laptop frame to the new screen and then securing the laptop screen by replacing the laptop screen bezel and then using a small Phillips Head screwdriver screw the screen bezel into the top cover of the laptop – During the laptop screen replacement process we make sure before replacing the screen bezel that we connect the investor cable and laptop screen invertor to the laptop screen and afterwards put everything back together again.

USB replacement – When USB ports on your Laptop have malfunctioned and do not work anymore then they need to be replaced and to replace faulty USB ports requires to strip down your laptop, take out the laptop motherboard and using Solder paste with braiding wire and a 60 watt Soldering Iron we remove the faulty USB Port -To replace the faulty USB Port with a new USB port, again using Solder paste, we apply this to the new USB port and then attach this to the laptop motherboard by using braiding wire and a 60 watt Soldering Iron. As soon as the new USB port has been replaced we then put the laptop back together again, switch the laptop on and then test the USB port for several hours by inserting an external USB port to the new USB Port of the Laptop and plug devices in and out of the external USB port to properly test the new USB port of the Laptop.

Data Recovery – We offer our clients three different types of data Recovery and they are Directory structure Recovery, Raid Recovery and Cleanroom Recovery, with Directory structure recovery being the cheapest of all three. All three of these methods that we use to recover data for our clients will now be explained in detail. Normal Directory Structure Recovery – When files or data have become corrupted or deleted either by a hard drive crashing or by a Computer Viruses, these files/data become fragmented on your computer's hard drive and when looking for these files, once found they are found in broken data fragments of complete files and once these fragments of data have been found they are re-joined or re-created to make up the original file. We recover files such as photos such as JPG,or Graphic files such as PNG, Bitmap, Video Files such as MP4, AVI, WMV, Microsoft document such as Word, Excel, Access, Publisher, Music files such as MP3, Apple iTunes, WMA, Accounting Files such as Sage Accounting files, Microsoft Money and other file types. When photos are found they are usually found in individual folders so what we do in this sense is collate the found photos, create a single folder and place these collated photos into the new created folder. Photos are found with hyphenated file extensions and in order for our clients to open these files we have to rename the photos photo1, photo2,photo3, etc. Once the photos are renamed we then save them and put them into another folder called customer folder that we create for each and every client then put these photos on a new USB Flash drive for the client so he has a back-up of his photos. With Video files, a lot of these when found are found again as fragmented pieces of data and again the file(s) have to be re-created in order for found video file(s) to work. When we re-create the found video file we use a video linking program that allows us to link all the found fragments of the found video file(s) together so and once the files have been linked up with each other we then proceed to re-create the original file (again using a different file name). As soon as the new video file has been created we test it to make sure it opens and when we're satisfied that the file has been fully tested we then save the file under a different name and in MP4 Video Format and then burn this to DVD for the client.

Raid Recovery – This involves Data being recovered from an Array of Drives that are grouped together that form what is called an Array. There are many levels to Raid and then range from Raid 0 to Raid 50. Raid levels are built using structures and whenever a structure has become corrupted or broken the hard drive or hard drives in that array fail to come on and when this happens the only way solve this problem would be to re-build the array structure using another hard drive to replace the faulty hard drive. With Raid Arrays data contained on one hard drive is copied over on to a new hard drive using either the built-in Raid controller of the computer's motherboard or using a dedicated Intel Raid Control the broken Raid Array is re-built. This sort of recovery can be quite expensive as data that is recovered using this method is charged per megabyte. Any data that's been recovered on the raid structure that has been re-built has to be paid for regardless of weather the data belongs to you or not. We've had people in the past asking us to perform data recovery for them, we've found their data but they came up with excuses saying that data wasn't theirs thus we ended up not getting paid and because of this we've been forced now to ask for a deposit for Raid Recovery and this applies Structure Data Recovery as well. The deposit for Raid Recovery is £150.00 if you want your Raid re-built and the Deposit for Structure Data 30.00. We won't however charge a deposit for Cleanroom Recovery this type of Recovery is very expensive. Now before we commence on any Data Recovery for our clients we have to ask our clients to sign a customer declaration from for any IT Support or Computer Repair Service our client's want us to provide for them. This is a standard legal procedure that we have follow so customer's are clear on what it is they want us to do and acts as confirmation that the customer wants a particular service carried out for them.

There are currently no reviews for this company

All fields are required. Your review will appear immediately.

Thank you for submitting your review.
There was a problem submitting your review. Please try again later.
Incorrect password. Please try again.
You cannot review your own business
Reviews are limited to one per user and you have reviewed this business before.
The email address you have entered is already registered. If you have forgotten your password use the 'Forgotten your password?' link to reset it. 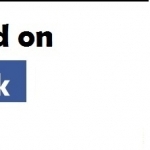